Life is Wonderful is a documentary film by Sir Nicholas Stadlen, former judge of the High Court of England and Wales. He has captured the personal experiences of the last remaining trialists and their defence lawyers, sharing the human stories and the legal arguments used in the Rivonia Trial.

The welcoming address will be delivered by the

Rt Hon The Lord Mayor Of The City Of London, Alderman William Russell 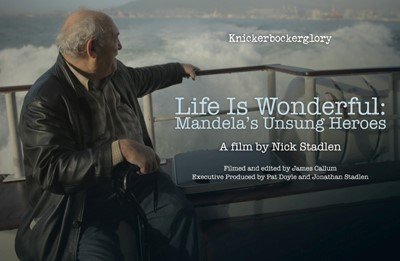 Closing remarks will be given by

The Rivonia Trial, which sentenced Nelson Mandela and 9 other anti-apartheid activists to life in prison, took place in 1963 and 1964.

The ten men convicted either died during their imprisonment or spent 27 years of their lives in prison, most of them on Robben Island with Mandela.

They emerged in the beginning of the 1990’s to win their life’s struggle for a multiracial democracy in South Africa in the 1994 election.

2020 has seen the passing of the last two living trialists and last defence lawyer, all of whom feature in the film.

This is a once in a lifetime opportunity to understand the complexities of the times and to engage with Sir Nick who has so much more to share that did not make the final cut.