The benefits of joining Vantage Financial Centres include:

Permission being sought to add others, for further information please contact James Pitcher at james_pitcher@fsclub.co.uk.

Based in Shenzhen, Guangdong Province China Development Institute (CDI) is a market oriented, non-governmental think tank which was founded in 1989 on approval from the Chinese State Council. CDI was designated as one of the 25 China Top Think Tanks in 2015. CDI is committed to providing proactive, innovative and practical research and consultation for China’s central and local governments and businesses at home and abroad. Its research and consultation is centered on macro strategy, regional economy, urbanization, industrial development and policies, business strategy and investment decision-making.

CDI has been exploring to improve its mechanism and operation models which are beneficial to development of non-governmental think tank. With leadership of its Board of Directors, CDI is in the charge of its President. There are more than 140 employees in CDI, 70% of them are researchers. 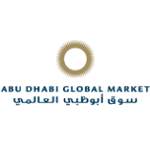 Abu Dhabi Global Market (ADGM), an international financial centre in the capital of the UAE, opened for business in October 2015. Strategically situated in Abu Dhabi, ADGM augments Abu Dhabi’s leading position as a global hub for business and finance and serves as a strategic link connecting the growing economies of the MENA region, Asia and the rest of the world.

ADGM has been awarded “Financial Centre of the Year (MENA)” for three consecutive years and recognised as Top FinTech Hub in MENA for its innovative initiatives, high regulatory standards and strategic contributions to the financial industry. ADGM’s achievements are anchored by Abu Dhabi’s forte in private banking, wealth management, asset management and financial innovation. ADGM comprises three independent Authorities, the Financial Services Regulatory Authority, the Registration Authority and ADGM Courts, working together as one entity to support Abu Dhabi and the UAE’s sustainable growth. 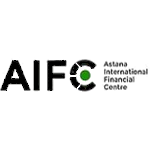 The AIFC is the new destination for business offering ample opportunity for growth. AIFC is the unrivalled financial centre in the region to facilitate an access to world class capital markets and asset management industry. It also promotes financial technology and drives the development of niche markets such as Islamic and green finance in the region.

Located at the heart of Eurasia, AIFC provides unprecedented conditions and opportunities for its participants and investors: legal system based on the principles of the English law, independent regulatory framework consistent with internationally recognised standards, no corporate tax regime, depth and breadth in financial services and instruments’ offering, simplified visa and labour regimes, English as a working language. Astana strives to become the gateway to the Eurasian Economic Union and has already been dubbed “The Buckle on the Belt”—key regional financial services hub for the Belt and Road.

Since 2009 Busan Metropolitan City has been developing a financial hub specialising in maritime finance and derivatives. With its strategic location in the center of the southeast economic block of Korea and the crossroads of a global logistics route, Busan envisions growing into an international financial city in Northeast Asia. Following the successful launch of the 63-story Busan International Finance Center in 2014, the second phase development of the Busan Financial Hub will be completed in 2018 and is expected to provide world-class business infrastructure for financial institutions.

BIFC offers an attractive incentive package to global financial leaders and cooperation network of Busan Metropolitan City, Busan International Financial City Promotion Center, and Financial Hub Korea will support you to identify opportunities in Busan, one of the fastest developing cities in Asia. 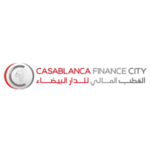 Casablanca Finance City is an African financial and business hub located at the crossroads of continents. Recognized as the leading financial center in Africa, and partner of the largest financial centers in the world, CFC has built a strong and thriving community of members across four major categories: financial companies, regional headquarters of multinationals, service providers and holdings.

CFC offers its members an attractive value proposition and a premium “Doing Business” support that fosters the deployment of their activities in Africa. Driven by the ambition to cater to its community, CFC is committed to promoting its members expertise across the continent, while enabling fruitful business and partnership synergies through its networking platform. 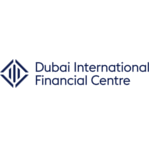 Dubai International Financial Centre (DIFC) is one of the world’s most advanced financial centres, and the leading financial hub for the Middle East, Africa and South Asia (MEASA), which comprises 72 countries with an approximate population of 3 billion and a nominal GDP of US$ 7.7 trillion.

DIFC is home to an internationally recognised, independent regulator and a proven judicial system with an English common law framework, as well as the region’s largest financial ecosystem of more than 22,000 professionals working across over 2,000 active registered companies.

The Centre’s vision is to drive the future of finance. Today, it offers one of the region’s most comprehensive FinTech and venture capital environments, including cost-effective licensing solutions, fit-for-purpose regulation, innovative accelerator programmes, and funding for growth-stage start-ups. 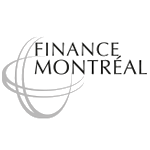 Finance Montréal’s mandate is to promote Montréal as a world-class financial hub and foster cooperation among its member institutions to accelerate the industry’s growth. With renowned research capacities in artificial intelligence and a booming fintech sector, Montréal offers an experienced, diversified and innovative pool of talent as well as a stable, low cost and dynamic business environment.

For financial institutions searching for an ideal location to set up an intelligent service centre and operationalize their digital transformation, Finance Montréal can advise on the advantageous tax incentives aimed at facilitating the establishment and development of financial services corporations in the city. 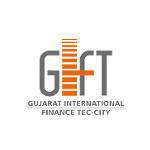 China changes every day. Sleepy villages transform into bustling suburbs, young hopefuls shoot to stardom online, and factories sprawl across former farmland while the farmers themselves face an uncertain future. As millions prosper, others find themselves stranded for the moment by the shifting tides of change.

The shock and thrill of the new is everywhere: new ideas, new brands, new stars, new words. Every hour sees a story break somewhere in this vast nation, whether from a corporate headquarters in Beijing or a mountain hamlet in Yunnan.

The English-language Global Times is your key to understanding China’s changes. Founded in April 2009, the paper is one of the most dynamic players among Chinese media, and has rapidly become the major English newspaper in the nation.

The Chinese public is not satisfied with old orthodoxies and stale stories, and neither is the Global Times. It provides in-depth coverage of controversial stories, from child AIDS victims to urban renewal, forced demolition and the fight against corruption. Its opinion pages feature heated debate over tough issues such as China’s use of the death penalty, the challenges of forming a new international order, and the nation’s growing wealth gap. 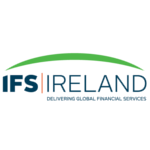 Since the establishment of the International Financial Services Centre (IFSC) in Ireland in 1987, Ireland's IFS sector has experienced rapid growth to become a truly nationwide industry with a mix of indigenous and international firms specialising in sub-sectors such as asset management and investment management, aviation finance, banking, fintech and payments, and insurance and reinsurance.

IFS Ireland takes a public-private partnership approach to promoting Ireland as being at the vanguard of financial services due to our English speaking, common law, pro-enterprise environment which is underpinned by membership of the European Union (EU) and the Single Market, a strong and independent regulator and readily available talent thanks to our world-class education system.

Luxembourg for Finance (LFF) is the Agency for the Development of the Financial Centre. It is a publicprivate partnership between the Luxembourg Government and the Luxembourg Financial Industry Federation (PROFIL). Founded in 2008, its objective is to develop Luxembourg’s financial services industry and identify new business opportunities.

LFF connects international investors to the range of financial services provided in Luxembourg, such as investment funds, wealth management, capital market operations or advisory services. In addition to being the first port of call for foreign journalists, LFF cooperates with the various professional associations and monitors global trends in finance, providing the necessary material on products and services available in Luxembourg. 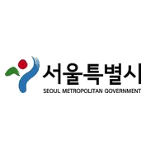 It is sure that Seoul will become a top star of global financial hubs in the near future! Pay close attention to Seoul's potentials and preemptively gain a foothold in the Seoul financial hub. Seoul is the gateway to Northeast Asia and the world.